You can find Jim Duffy's music on CD Baby.

Hello, this is Three Dots Music, the home base for the musical activities of Jim Duffy.

Mostly I focus on composing, recording and performing original instrumental music, usually playing a mid-1960s Wurlitzer electric piano. My first album of original tunes -- I still call them albums -- was "Side One," which was released in 2004. It received radio airplay on KCRW in Santa Monica, Calif., among other places. My second album, "Mood Lit," was released in 2009, and it got some good reviews. The third, "Pale Afternoon," was released in early 2016, and got some positive reaction as well.

In the 1980s, I co-founded and played bass guitar in the Boston band Rods and Cones, which was known for quirky grooves and for the unbridled performances of singer Chris Kelley.

In the 1990s, in New York, I co-founded and played keyboard for the band Martin's Folly, along with singer and guitarist Chris Gray. We explored many forms of 20th century U.S. music.

In the oughts, I started recording original instrumental tracks, playing Wurlitzer electric piano and acoustic piano along with Dennis Diken on drums, Paul Page on bass and Lance Doss on guitar and lap steel. This group sometimes performs live as the Jim Duffy Combo.

Instrumental tunes are the main thing right now. Lately I have been composing a lot of short pieces for solo acoustic piano.

And I'm part of a group called Mitra Sumara. We perform Persian pop music from the pre-revolutionary Iran, music from the 1960s and 1970s. Mitra Sumara has performed at the Kennedy Center in Washington, D.C., and at the Freer Gallery of the Smithsonian Institute, also in Washington. We also play local clubs in the five boroughs of New York City, among other places.

In 2016 I participated in Karl Berger's Creative Music Studio, and I have performed with the Karl Berger Improvisers Orchestra, a 25-piece group.

I have also played on records by the Bottle Rockets, Sour Jazz, Greg Trooper, Reid Paley, the Fleshtones, Speedball Baby, Florence Dore, Eric "Roscoe" Ambel, Joe Flood, the Damnwells, Jim Koeppel, Will Rigby and many others. And I have performed on stage with rock and roll pioneer Freddy "Boom Boom" Cannon, rockabilly queen Wanda Jackson and many others.

Meanwhile, I've been composing and recording the next full-length release of instrumental tunes. Also, playing some acoustic piano. And some melodica, and occasional bass guitar.

Again, thanks for visiting. Please have a look around, and a listen. 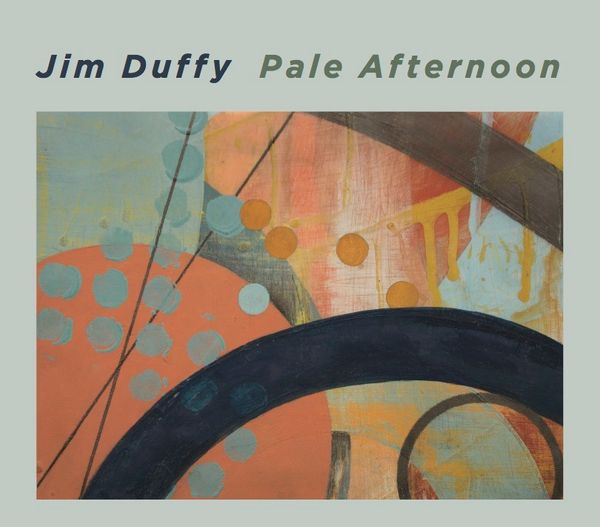 You can find it on CD Baby.

Jim Duffy, a Brooklyn-based composer and keyboardist, announces the release of "Pale Afternoon," his third full-length collection of moody and bouncy instrumental music.

The eleven tracks on "Pale Afternoon" each aim for a specific feeling. Duffy leads a small group from his 1960s Wurlitzer electric piano. Dennis Diken of the world- famous Smithereens is on drums, Paul Page, who tours the world with Ian Hunter, plays bass, and Lance Doss, who has toured and recorded with John Cale, plays guitar and lap steel.

"We made this record very quickly, over a long period of time," Duffy says. “We had minimal fuss and lot of fervor.”

The opening track, "Boulevard Six," careens forward in a minor-key groove in a 6/4 beat. From there, the tracks take sharp turns in mood and tempo. “Tenerife” has an aerodynamic, West Coast feel. On “Reverse Image,” Kevin Kendrick’s vibraphone provides icicle-like counter-melodies. “Sputare Il Rospo” hits hard at a quick pace, then Claire Daly’s baritone sax sends it over the top. After a few of these three-minute trips, you'll be ready to expect anything.

"Pale Afternoon" was recorded and mixed by Greg Duffin and Mario Viele at Cowboy Technical Services, in an analog format, recorded and mixed to tape. The tracks were mastered by Grammy-winning engineer Scott Hull. Warm and punchy is what it is.

Jim Duffy has long lurked behind various music scenes in New York, playing with some of the top performers in the rock, pop, jazz, ethnic and avant-garde worlds, including Freddie "Boom Boom" Cannon, Wanda Jackson, the Fleshtones, the Bottle Rockets, Sour Jazz, the Damnwells, Reid Paley, Will Rigby, Speedball Baby and the eight-piece Persian-style psychedelic funk band Mitra Sumara, among many others. He co-founded the ‘80s Boston band Rods and Cones, and in the ‘90s he played with the New York band Martin's Folly.

For "Pale Afternoon," he draws upon his myriad influences and inspirations and his address book of fellow musicians. When we twisted his arm, he agreed, "OK, this is the best batch yet."

Go to Blazes - "Out on the Side": A memorable recording session from 1995. 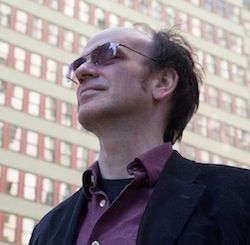 Thank you for visiting, and welcome. To hear some tunes, please visit the expanded Music page.

To read the latest posts and essays -- and to comment -- please go to the Blog section. For updates on upcoming events, please see the Calendar page. To buy CDs or downloads, please go here.

The instrument of the future:

Dealing With the Dead, Part 1 and Part 2: Is it possible to hear the Grateful Dead without absolutely loving them or despising them?

Rocking With Wanda: Rock and roll pioneer Wanda Jackson is finally getting her due. Here are some reminiscences from my brief stint as Wanda's piano player.

"Low-Tech Notes": Why the melodica will prevail in the long run.

Herm, Part 1: Time-traveling to a Saturday afternoon in 1981 when we tried to write an album.

The Early Rods and Cones, 1982: When you try to create something, you often end up with something quite different.

The House of Hits: How my old Boston band Rods and Cones met a high-rolling starmaker, with world-shaking consequences -- but not for us!

Last Call at the Lakeside Lounge: Notes on a rocking little venue's 15-year run, and its closing.

Notes From Zuccotti Park: Observations from a nearby office building.

The Elliot Mouser Floating Blues Band: Thirty years after this band blew my mind, I started playing some gigs with them...

Graffiti From 1976, Newly Exposed: An archeological find and photo essay on the New York Harbor waterfront. 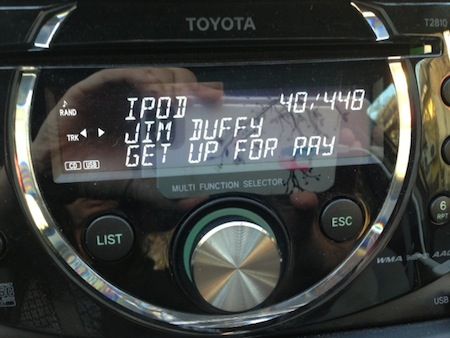