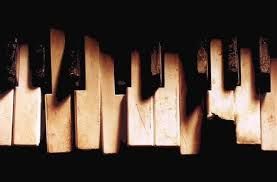 No one has ever made a perfect album, and no one ever will. "Revolver" is not perfect, and neither is "Sticky Fingers." You wouldn't want to change anything on "Highway 61 Revisited," not even Mike Bloomfield's out-fo-tune guitar on "Queen Jane Approximately," but that album has plenty of spots and gaps in it. "Forever Changes" is imperfect, and so is the first Cars album. Phil Spector never made a perfect album, and none of Jimi Hendrix's albums are perfect. Heck, not even "Kind of Blue" is perfect. John Coltrane never made a perfect album. Even the all-time great albums have flaws that prevent them from reaching some Platonic ideal of perfection. Anything human is imperfect.

And that's fine. As I write this, my next album (I still call them albums), "Pale Afternoon," has just been shipped from the pressing plant, and it has not yet arrived. As I go back and listen to it, I'm pleased with it, and as I get some distance on it, the mistakes start to fade away. Even so, I keep hearing things that could have been done differently.

But would I go back and change anything? I'm not sure. The most important thing is the feeling. Time and again, I tried doing a second or third take, to try to get the piece note-perfect. And sometimes the group really did play it note-perfect, but somehow that "perfect" take lacked the energy and feeling of the earlier take.

The lead track from the next record is "Boulevard Six," and near the end of the tune, i played a wrong note on the Wurlitzer electric piano. When we finished the take, I asked engineer Greg Duffin if I could fix that note. "Nope," he said. "But - " "Nope." And he was right. If I had gone back and fixed that note, there's no way that new note would ever have the energy and momentum of the "wrong" one. So we left it as it was, and that was the right call.

When we recorded "Mission Creep" for the new record, we did one take, and when we finished it, I said to Greg, "That one's OK, but I'd like to ..." He said, "I won't let you do another take," and he shut down the remote controller to the tape machine. I think he even folded his arms. And again, that was the right call.

When you have the right feeling, leave it. As a listener, I don't mind hearing little mistakes and flaws. In fact, a good flaw can enhance a recording.

For "Pale Afternoon," I was more involved in the mixing process than I was on the first two records. At the mastering session, when we put the finishing touches on a particular track, I told mastering engineer Scott Hull, "There's too much bass on this track."

So "Pale Afternoon" is imperfect. That's not exactly the kind of promotion you expect to hear these days. My point here is that I have had to let go of the idea of perfection, and it feels good.

But being who I am, now I'm freaking about about the artwork. What could I have done differently? A lot of things. But a "record" is exactly that - a record. It's a snapshot of a moment in time, like tossing the coins of the I Ching. If we would have recorded those tracks a day earlier or a day later, they would have sounded different.

When you make an album, you learn how to make it while you are making it. Someone said, "A work of art is never finished, only abandoned." I could have spend another three months on "Pale Afternoon," but at a certain point I said, "Basta, enough." It's imperfect, and it is what it is. It captures the energy and feeling I wanted to get across. Let it go!