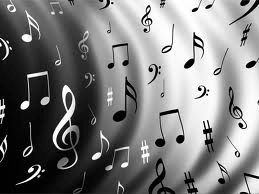 Right now, a heavy snowstorm is blowing outside the window. The snow started at about 8:30 this morning, and it has kept up all day, still coming down at 11 p.m., and it is accumulating. As I look out my window, at the former cathedral that is being converted into luxury housing, the flakes are blowing sideways, left to right. Very exciting on a Saturday night. Too bad for anyone who is playing a gig tonight. All my best to you...

Meanwhile, I'm doing research-and-development for the next full-length album (I still call them albums). For me, it's a messy, inefficient process, and unpredictable. Tunes fall out of the sky, in my experience, and the only way to catch more tunes is to spend more time looking for them.

I've never been the type to say, "I'm going to write a tune today." And when I hear people say that they met in the afternoon to write a song, that's a complete mystery to me. Although that's what I used to do 30 years ago in Boston, when I was in the band Rods and Cones. We would set out to write a song, and more often than not, we would write one. And some of those tunes we still play 30 years later, when we get together.

How does it happen these days? Noodling, playing around on the keys, or walking down the street, or riding in the subway, or cooking dinner, a little germ of an idea comes along. And I sit down and play it on a digital piano (yeah, I know, but I'm in an old tenement building in Brooklyn, and I don't want to turn neighbors into enemies), which is plugged directly into a Zoom H4n recorder. Actually, I record myself too much. I'm trying to cut down.

Anyway, after I have recorded too many hours of noodling, messing around, playing with chords and melodies and modes, I go back and listen to this huge mass of stuff, hours and hours of it, most of which is unusable. But amid the hours of inconsequential noodling, a real live germ of a tune will pop up. (It has taken me years of experience to recognize a viable germ of a tune when I hear one.) Very often, when I hear something of interest, I have no recollection of ever having played it.

A lot of tunes don't work out. Just because you can finish a tune and put an arrangement on it and compose it, and just because it may be fun to play, that doesn't necessarily mean that it's a good tune. (Again, it has taken me many years of experience to understand this distinction.) I have finished easily 100 bad tunes that did not make it to the records.

The best tunes come back on their own. At first, you might think there's not much there, or it's nothing special. But then, at the office, the tune keeps coming back to me, it's playing in my head, over and over. So I run to one of the little phone room, close the door, dial my home phone and hum the tune into my answering machine. One track from the next record came about in exactly that way.

When a tune is playing in my head and I just cannot manage to play it on a keyboard -- what the heck is this tune doing? -- then I know I'm dealing with something that has potential.

So Opus No. 3, still untitled, is about two-thirds tracked, and I need to come up with another four or five tunes to round it out. Right now, I may have two in play. Maybe two and a half.

That's just a little personal spillage about my working methods, such as they are, in case you are interested. Making records is just about my favorite thing. Also, playing gigs and practicing. And of course the chief activity is composing. Which, as I said, is a matter of luck. But I believe we can do certain things to improve our luck.